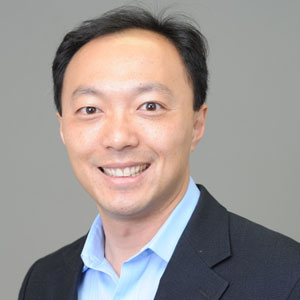 Randy Chou, Co-founder and CEO
Randy Chou, Co-founder & CEO at Panzura, draws his inspiration from the very last few minutes of a soccer game, a physically drained, crucial period where the best beats the rest. Chou has fused his passion for soccer and his decade of technical expertise in security and networking to guide Panzura’s success.

Headquartered in Campbell, CA, Panzura provides a global file system and cloud storage controllers that connect their customers’ disparate offices to the cloud and make it work like global net¬work attached storage (NAS). “Our distributed global file system and controllers enable users to collaborate across offices on complex applications and extremely large file sets at LAN-like speed -- all while keeping storage and networking costs minimized,” says Chou. Panzura focuses on companies with distributed teams who need to collaborate on complicated projects – many of them in architecture/engineering/construction, manufacturing, legal or software development markets.

“Panzura’s customers were wasting money on projects because they couldn’t collaborate effectively across offices. Performance across the WAN was so poor, engineers were duplicating files and working in silos,” said Chou. “IT was spending on WAN optimization, private networks and additional storage in an effort to help.”

Chou highlighted one customer, C&S Companies, where it had been taking 20 minutes to open a small 1.5MB CAD file over the WAN. Once they installed Panzura, it took only 8 seconds to open the same file.
The Panzura file system also has file locking technology that makes sure distributed teams can work in the same file without accidentally overwriting each other’s work. “With Panzura, users in distributed offices can work just as though they’re all in the same office,” states Chou.

With the Panzura Global File System, users in distributed offices can work just as though they’re all in the same office

With Panzura, the data is centralized in the cloud, but hot data is always cached on the controller, making it painless to manage and easy to access across many offices. Panzura’s products let customers collaborate using their existing applications and workflow while taking advantage of cloud storage economics and scale. For instance the company has worked with the U.S. Department of Justice to simplify data protection, eliminate storage silos, and reduce storage costs. “We helped the DOJ move critical applications and data to the cloud to avert spiraling CapEx costs, eliminate manual IT intervention and data retrieval delays, while providing encryption features to support a public cloud option with security compliance,” adds Chou.

Panzura has also worked with Electronic Arts (EA), an American developer, marketer, publisher and distributor of video games. EA needed a solution that would integrate with their existing custom Microsoft .NET and IBM BPM orchestration layer. EA replaced its NetApp storage in every location with Panzura, allowing their globally distributed development teams to collaborate across dozens of sites to deliver games ahead of schedule.

Chou’s vision is to have Panzura serve as a bridge for its customers to the cloud without making compromises. Going for¬ward “we want Panzura to let companies run applications in the office, the cloud or both, without a second thought about where the data is stored,” ends Chou. 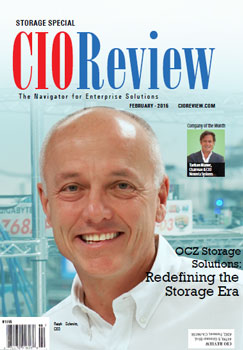