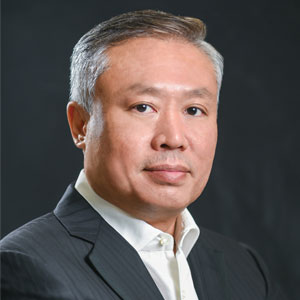 Dr. Man-Nang Chong, Founder, Chairman & CEO
Since the invention of motion pictures, in the 19th century, the cinema industry has transformed by leaps and bounds—from analog to digital and the soulfulness of old black-and-white movies to an era of vivid colors and modern sound technologies. In the digital era, storage has played an essential role in the cinema industry for the past 20 years. The problem is each digital projector has a media server with local storage attached, which has severe limitations on the number of movies that can be stored. In addition, the movies stored locally cannot be “live” shared with adjacent auditoriums located in the same multiplex. With the aforesaid limitation, it is prohibitive for a cinema multiplex to make a last-minute change to the schedule, or play the movie in another auditorium since it requires hours to transfer 200GB of content (per movie) from one media server to another while the movie is playing. The present-day cinema storage requires movies to be ingested into individual (local) servers for each auditorium, which results in a large amount of unnecessary time and effort for the cinema operator. Also, it is not economical to store all the titles available in the market on local storage. The multiplex would need to procure enormous local storage for each media server, and repeatedly ingest the same movie titles to each auditorium.

Enter GDC Technology. Since its inception 20 years ago, like other cinema storage solution providers, GDC has offered local (HDD) storage (GDC Enterprise Series) from 3TB to 32TB for media servers to playback movies delivered to cinemas in Hollywood’s digital cinema package (DCP) standard. Each DCP movie is approximately 150 GB. “GDC’s innovations are always designed for the changing landscape of the cinema industry. GDC is continually innovating fast, stable, and flexible storage options for customers to ultimately deliver an exceptional experience to moviegoers and keep them coming back to cinemas,” says Dr. Man-Nang Chong, founder, chairman and CEO of GDC Technology. What has steered GDC toward success is its devotion to the cinema industry and Dr. Chong’s philosophy of “listening to what the customer wants and what the industry needs.”

After years of R&D, in 2017, GDC developed a centralized playback server, SCL series server, for its media server with diskless CineCache™ (built-in cache memory) technology. This revolutionary centralized storage solution is known as Cinema Automation 2.0 (“CA2.0”). Since its launch in 2017, GDC has installed CA2.0 in over 110 locations globally. The SCL server is able to live stream thousands of movies to each auditorium without ingesting content to each media server’s local storage. SCL centralized playback server offers four different models to suit different sizes of cinema multiplex: SCL-1000—up to 8 auditoriums, SCL-2000—9 to 14 auditoriums, SCL-3000—15 to 21 auditoriums, and SCL-4000—22 to 30 auditoriums. With the centralized server, the operation efficiency is boosted without the need to transfer, ingest, and move content from auditorium to auditorium. Each auditorium shares a large live-streaming library server which serves thousands of movies instead of tens of movies due to the constraints of local storages. Also, as opposed to traditional servers, SCL’s central storage with machine intelligence allows show playlist to be generated automatically. Today, there are more than 1,000 screens worldwide that use SCL central server to run their cinema multiplex.

GDC keeps innovating fast, stable, and flexible storage options for customers to ultimately deliver an exceptional experience to moviegoers and keep them coming back to cinemas

GDC is committed to providing advanced and affordable storage solutions to cinema multiplex operators to help reduce the operation cost, increase revenue, and improve offerings to moviegoers. The company is also planning to continuously improve on its multiplex central server for live-streaming of movies to a larger multiplex. This will assist cinema programmers to instantaneously choose any movie (from a library of thousands of movies) to play on any screen or play on all the screens. Chong mentions that SCL central server is the answer to exhibitors' demand for an “online” content solution that enables them to maintain competitiveness in today’s market.

GDC also co-develops with the Cinema-On-Demand platform, GoGoCinema™ App which enables moviegoers to “push” their choice of time, venue, and movies to the cinema multiplex. In the last quarter of 2019, GDC had partnered with GoGoCinema App in Shanghai and Singapore to offer a highly flexible program to moviegoers. The initial box-office results show an encouraging increase in revenues as compared to a traditional pre-programmed cinema multiplex. "It is interesting to note that for almost a century, cinemas have operated in an ‘authoritarian’ business model where the exhibitor decides what content to program and when to start on the screens. With CA2.0 and GoGoCinema APP, the movie goers can decide what titles to program on which cinema multiplex and what time to screen these pre-selected titles. We shall leverage our live-streaming library server technology with a smart app to improve the cinema business model for higher occupancy rate," asserts Chong.

Over the past two decades, GDC has established itself as an industry leader in supplying digital cinema solutions, including media servers, integrated media blocks, and theatre management systems. Chong proudly remarks that as of November 2019, approximately one out of every three screens worldwide relys on one or more products offered by GDC, and 25 of the top 30 chains count as GDC customers.

With such capabilities, the company is planning to leverage its innovation in cinema multiplex’s storage solution and smart app to bring more consumers to the cinema. "We believe moviegoers should be able to choose when and where they would like to watch a movie of their choice. We shall focus on the three ‘W’s of moviegoing—Where, When and What—to watch on a big screen," concludes Chong. 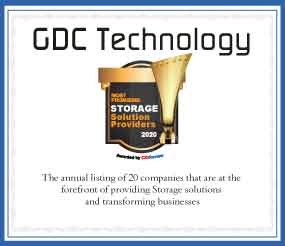 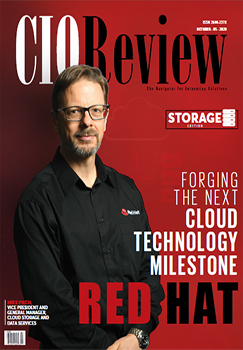