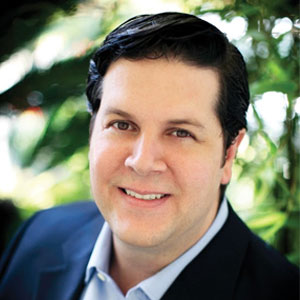 Mike Jadon, CEO
Flash Solid State Drives (SSDs) have achieved excellent adoption rates and performance efficiencies over Hard Disk Drives (HDDs). But the internal software architecture found inside Flash SSDs, known as the Flash Translation Layer (FTL), introduces unpredictable latency spikes and suboptimal performance, which can eventually prevent data center applications from realizing the full potential of underlying Flash memory media. Organizations from Baidu and M.I.T., to Microsoft Azure Cloud and Facebook, have publicly discussed these limitations, and have cited the SSD’s FTL as the root cause of latency spikes, Flash wear out, and costly overprovisioning. Although individual SSDs provide good average latency, individual access times can spike significantly, and these spikes are unpredictable in both frequency and magnitude, which can have serious financial implications for companies that rely on consistent performance. Mike Jadon, CEO, Radian Memory Systems says, “Latency spikes occurring on even one percent of operations can translate into thousands of spikes per second from just one SSD, having a tangible impact on application response times. This problem is compounded with an array of independent SSDs, as each one independently produces its own random spikes.” The founders of Radian Memory Systems observed the limitations of FTLs years before their peers, which led to the creation of Cooperative Flash Management (CFM)—the most effective approach for Flash management in data center applications.

Symphonic—a software defined flash built on Radian’s unique CFM technology, replaces the SSD’s internal FTL to overcome latency spikes, unnecessary wear out, and overprovisioning, to enable a coherent system-level solution with data center class reliability features. Unlike an FTL, Symphonic CFM does not attempt to emulate a mechanical Hard Disk Drive. Instead, Symphonic abstracts the low-level idiosyncrasies of NAND while enabling the host system to optimize data placement, timing, and parallelism to deliver unprecedented bandwidth, and minimize the collisions that induce latency spikes. By redistributing the host/device responsibilities, Symphonic eliminates the need for an abstraction layer, to dramatically improve Quality-of-Service, performance, cost, and endurance while providing the functionality of a data center class product.

Symphonic provides unrivaled performance efficiencies at the same time as it lowers acquisition costs, through lower overprovisioning, and improves TCO by reducing wear out

Jadon remarks, “Technical solutions typically require a tradeoff between performance and cost. But Symphonic provides unrivaled performance efficiencies at the same time as it lowers acquisition costs through lower overprovisioning, and improves TCO by reducing wear out.”

Commenting on Radian’s success, Jadon places a key emphasis on the R&D team’s combination of storage device-level and system-level expertise. Several members of the team, including Jadon, gained valuable experience at Micro Memory, where they built the industry’s leading fault tolerant PCIe NVRAM solution for several leading OEMs such as EMC, NetApp, Dell, Nimble Storage, Tintri, among others. On the system side, the team’s experience ranges from EMC, NetApp, and Veritas, to DDN and Dot Hill.

Since coming out of stealth mode in 2015, Radian has been on a strong upward trajectory, winning the Flash Memory Summit’s Most Innovative Software Technology Best of Show Award, and being listed among CRN’s Ten Coolest Storage Startups. The company has also been awarded several key patents, and has shipped thousands of non-volatile memory products to OEMs that have deployed the company’s products in leading enterprise and cloud data centers. The company has also released RMS-325 NVRAM/Flash— the industry’s first hybrid SSD, which runs on CFM technology that features a user-friendly interface in addition to the high performance characteristics that are Radian’s signature. RMS-325 is poised to be the next feather in Radian’s cap. 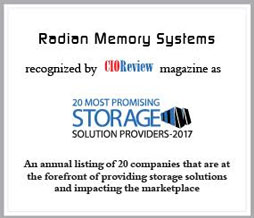 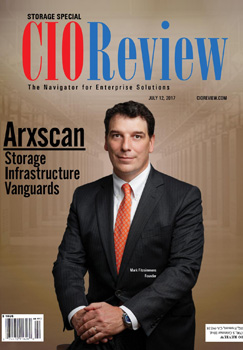