The Future of Data Backup; in the Cloud and Free

The Future of Data Backup; in the Cloud and Free 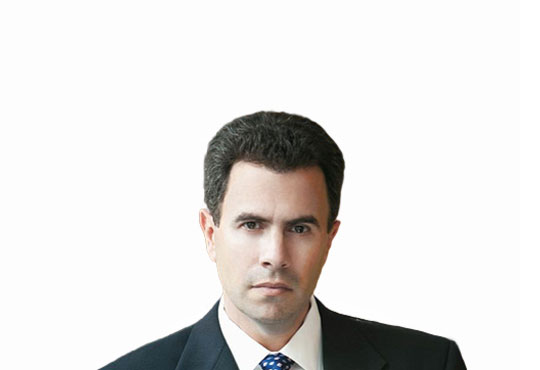 A few years ago the cloud was a new technology model, one that generated voluminous blizzards of hype, speculation and concerns. Today it’s a widely accepted modus operandi and one that is rapidly growing from banks in Rwanda using it as a branch communication platform to global enterprises bringing together geographically dispersed employees for more effective collaboration.

Of course there are still concerns, especially around security when using public clouds, but the cloud has virtually penetrated every area of technology endeavour, including storing data.

It’s inevitable that data storage and backup is going to move more and more to the cloud. Already there’s a grounds well among enterprises that are either moving to or considering cloud-based backup and recovery to support a virtual environment and provide business continuity. In fact, it’s fair to say that huge amounts of critical data are already being stored in the cloud.

In this sense a growing number of enterprises are investing in secondary business continuity plans which are offsite. When physical servers go down, offsite redundancy enables organizations to get back into operation quickly. Backup and recovery is a critical part of business continuity and given that compliance requirements are also escalating it makes business sense to move offsite into the cloud.

For instance, what are the costs of investing in new physical resources such as an offsite data centre to meet compliance and continuity requirements compared to moving a disaster recovery platform to the cloud? Clearly, cloud-based disaster recovery is more cost-effective.

But the problem is that while enterprises clearly understand the benefits of the cloud there is also an element of panic when it comes to the lack of control around data security.

A number of cloud security companies have stepped in to fill this breach such as SkyHigh Networks and Netskope. These companies, and others, essentially redirect cloud and SaaS traffic so it can be inspected and be subject to analysis and policy control by its owners.

Further down the chain in the small and medium enterprise (SME) market cloud-based backup is one element in a larger shift to off premise technology platforms. From a small business perspective it’s the obvious way to go.

Without wishing to state the obvious small businesses don’t want to be involved in complex, costly and time-consuming technology decisions. The fewer distractions they have from their core objectives the better. However, the same issues around data storage security that enterprises are grappling with also apply in the SME space.

SME’s may be making use of cloud storage providers such as Dropbox and AWS and these companies undoubtedly invest substantially in security. But for many businesses it isn’t enough, they want higher levels of surety and ultimately control.

That said cloud data storage can make SME’s become more efficient as long as they are assured of the security. However, SMEs are not totally reliant on the cloud for data backup. Many are also keeping local copies of data to make recovery much faster should it be required. But the point is that cloud-based backup is rapidly becoming commonplace and a fundamental component in wider business strategies.

At the consumer level cloud-based backup is also today commonplace. We all know Dropbox, the juggernaut of cloud-based storage, but there are other operators out there including Google Drive, SkyDrive and the lesser known SugarSync, who are all gaining ground.

That said, Dropbox’s growth has been phenomenal from 50 million users in May 2012 to 300 million in May 2014 and 400 million in June 2015, with 1.2 billion files uploaded every day for the latter date. There may be some issues around the security of files stored in Dropbox folders but its popularity perfectly illustrates how commonplace cloud storage has become. But we’re also going to see the same trend around security in the consumer market, with people wanting greater assurances.

The price of cloud-based storage has plummeted, Amazon Prime now gives away unlimited photo storage space while Dropbox charges only $100 a year for 1TB. Ultimately the cost of consumer storage will drop to zero while providers will make money from value-added services they layer onto the storage.

In fact, cloud will become the predominant way for consumers to store data; it won’t be about backing up data it will be about primary storage. But consumers will want secure storage. For instance, people will want to store their personal and private information such as photos, videos, passwords, and important documents but they will need absolute assurance that their information is safe.

There is already a burgeoning trend in this direction with increasing numbers looking for data encryption when they use cloud backup services. There is a greater awareness among consumers that hackers can access this type of personal information when it’s held in the cloud. As such there are opportunities for companies who can layer cloud-storage with robust encryption.

Inevitably consumers will demand control over their data and as a result new services will emerge that give consumers more granular control, and security of their cloud-based data. In fact, the template for this is already being set in the enterprise market.

Ingredients for success in transformation

Ensuring Diligence In The Technology Era

Unlocking The Power Of Your Asset’s Data

Enterprise Agility In The Face Of Rising Cyber Threats

Digitalizing Energy Asset Management– Not A Walk In The Park