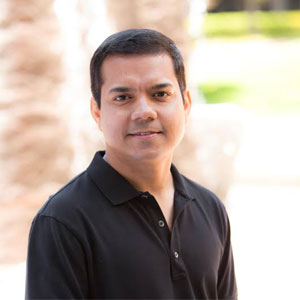 It is hard to imagine life without smartphones. It is stunning how quickly it became an integral part of our lives, and how frustrated many of us would be now to use a device from just a decade ago. Unbeknownst to many consumers is that new features and even some artificial intelligence (AI) functions making our devices smarter have only been possible due to innovations in high speed computing.

Innovation in computing speed has been driven primarily by the significant increase in demand for faster real-time performance. Yesterday, cars did not need to decide when to stop or alert drivers. Safety was solely in the hands of the drivers. Today, cars are expected to be smart and asked to manage and maintain the roadside situations while providing safety and security to the driver. This new need for the car to be able to understand its surroundings and make instant decisions based on data collected from camera, lidar, and many other sensors, as well as past data, has fueled the innovation of edge computing and the development of advanced chips.

Given the confluence of a variety of trends such as the ones just mentioned, we have seen a surge from tech giants such as Nvidia, Google, IBM, Microsoft, Intel, and Amazon, to develop their own computing hardware for their own specific use cases. For example, Google developed their own AI accelerator chip called the Tensor Processing Unit (TPU) in 2016, specifically for neural network machine learning. Also joining the race to get a piece of the market are startups, including companies such as Graphcore, Cerebras Systems, and Wave Computing, with billions of dollars in venture capital investment throughout the emerging sector. Looking beyond this, there are new developments in an area called neuromorphic computing, which is designed to mimic neuro-biological architectures. Investors have shown sentiment that this can be one of the future advances in computing that will enable larger neural networks for human-level intelligence at the edge and have invested in companies like Rain Neuromorphics who are working on these solutions today.

In addition to the innovation on immediate data processing at the edge device level, we have seen numerous challengers disrupting high speed cloud computing beyond supercomputers, most notably quantum computers. Again, the giants, such as IBM, Microsoft, and Intel have been racing to build quantum computers that can solve some of humanity’s most complex problems. In fact, Google just recently announced that they have reached ‘quantum supremacy’, with claims to having solved in minutes a problem that would have taken a modern supercomputer thousands of years.

In the startup arena, Canada-based D-Wave and US-based Rigetti Computing have been pioneering the space, competing head to head against the giants with their full stack computing hardware platforms. We are also early investors in Rigetti as well as another software-focused startup called QC Ware, who is developing quantum OS platforms for easier adoption of the quantum computing technology. While the quantum computing applications may not be for the immediate future, venture capital firms have already dedicated hundreds of millions of dollars towards reshaping the future. The hope is that perhaps one day, quantum computers could process all of the cells in a human body against data from millions of other people, accurately diagnose the type and stage for any cancer, and identify the right compounded medication.

From aerospace, to mining, industrial, energy, and many more, the beneficiaries of high-speed computing advancement now span across most verticals. One step towards innovation for computing means not only meeting demands of newly developed technologies, but also unlocking immense potential of next generation solutions. As a venture capital investor, capital injection in computing carries potential high return on direct investments, as well as a bigger impact of fueling and sustaining the innovation cycle for the birth of future investment targets. Investors believe that in the future, consumers will also find it hard to imagine life without applications developed using neuromorphic and quantum computing.

The Designer of the Future